Flight of the Orioles 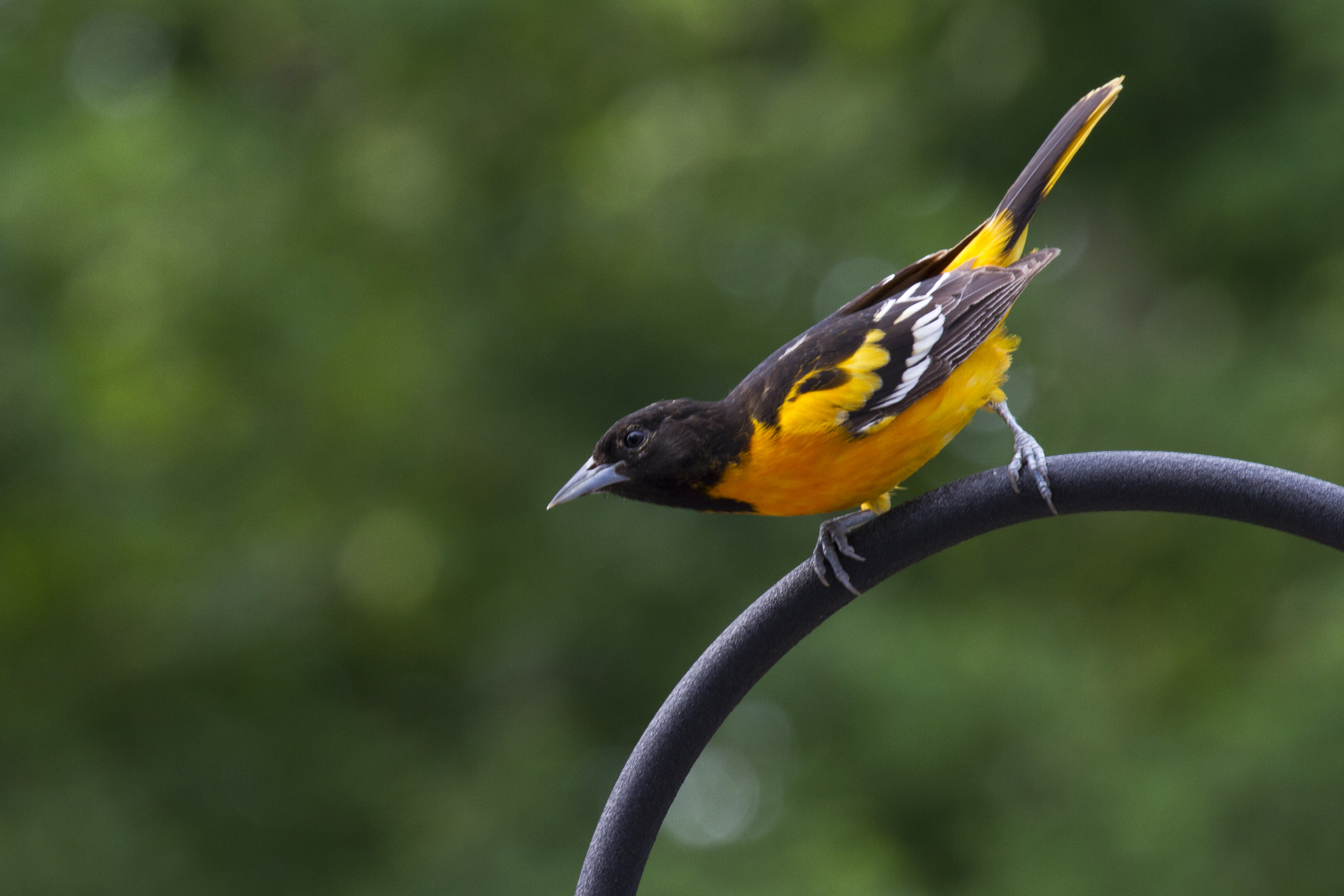 Suddenly, the long-wailing sound waves of the volcano warning siren system pierced through the entire calm island atmosphere as it warned the civilians that Mount Soufriere was once again in a bad mood and terribly misbehaving. Shortly thereafter, a growing cloud of ash began to the engulf the sky; slowly blocking the Caribbean sun and all of its glory from being seen. In a split second, everyone’s plans for the remainder of the day were disrupted. Not even a small flock of Montserrat orioles (a species of bird that are only found on the island) foraging in the mountains were spared.

These seven birds, who had black backs and bright yellow colored bellies, were slightly smaller than the average sized fist. They were also extremely ravenous.

“Oh no! Not again!” one of the malnourished orioles declared after realizing that volcanic ash had begun to fall from the sky, “The stupid volcano is making us starve! What are we going to do now?” For the entire month, the volcano has had a series of several large eruptions that have resulted in persistent and heavy ashfall on every corner of the island. This caused many of the local plant life and tiny insects to die, and in turn significantly reduced the food supply for the orioles that inhabited the mountains on the southern side of the island.

“Why don’t we move to the hills in the north?” another oriole in the flock suggested, “It’s the furthest from the volcano so I doubt they get the high levels of ashfall that we receive. There must be more food on that side!”

While a wise idea, the little oriole’s peers did not like the notion of leaving the south. After all, it’s been the place that they’ve called home since the day that they hatched. Frustrated about not having adequate food to sustain himself, the oriole who had the suggestion to move left his friends in the south to see what the food options in the north were like.

He made the right choice! Although the ground in the north had ash, it was a lot less than what could be found on the southern side. His living conditions in the north were much better, and there was an abundance of mealworms and fruits to eat. Unfortunately, the oriole’s friends were nowhere to be found when he returned to see how they were doing. They all died from starvation.

“If only they were willing to move.” the little bird thought.

Moral: Survival sometimes requires you to be willing to leave home. ~ a paraphrased quote from Grant Cardone

Warren Cassel is one of the leaders sponsored by the AUC Alumni Association.